Many individuals think they can “do social media” because they’ve been doing it for themselves personally for years. The fact is it’s different for business, and there are some basics that can help you on the right path. Things are constantly changing, and this is how I see it today.

There’s some time savings in not staring at your computer each day you set out to post, trying to figure out what it is you want to say. It’s also a way to be more strategic about what you’re posting. When creating your content it’s key to not only promote your organization and events you might be having, but to also promote other orgs.

Are their businesses or organizations that have a similar mission to yours? Are there individuals doing great work in the space you’re working in? Use their content in your posts. Also seek out their posts, and engage with them on their platforms. Let them know what they’re doing is awesome! 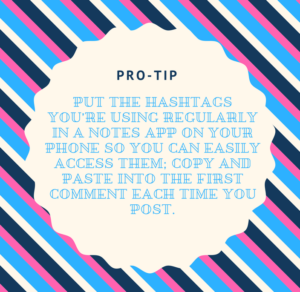 Hashtagging is an art – learn it.

You should develop appropriate hashtags, be consistent, and tweak/re-tool as you go. Use them somewhat sparingly in your initial post, but strategically. Figure out primary ones in your industry—use them, and experiment with others.

Some platforms “require” them, while others use them less liberally.

Facebook– You can search by hashtags, but it’s not done much here.
Twitter – Important here to be found – no more than 3 per post.
LinkedIn – Hardly used here, but they are searchable.
Instagram – Crucial to be found – used here religiously.

Some sites will tell you what’s trending…

There’s no one right way to do things, but you will find the right way for your business or organization. Hopefully these tips and guidelines will help you to discover what works best for you. The tactics of how to use the different platforms will continue to change on a regular basis, but  you should be consistent with your strategy.

Need any help figuring out the right direction for your social media? Reach out to me, and I’ll see if we can help you with your strategy!