Lisbon is one of the absolute BEST cities I’ve ever traveled to alone! I love London (here now for the 5th time in my life as I write this post), but people never chat me up here like in Lisbon!! It’s extraordinary, really. So… I’m trying to put my finger on why exactly… 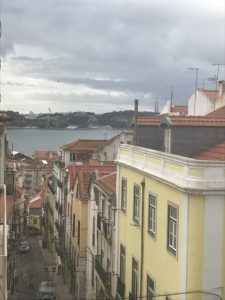 Lisbon is smaller, and so many of the people out and about are tourists looking to meet other people (vs. a bigger city where locals are out enjoying the bars)? Maybe. London locals I know have even admitted to me that Londoners tend to be a bit “colder” than people in other cities.

Portuguese people (aka, the bartenders/servers) are just friendlier in general? That is part of it. I will also say it was a ratio of about 90% men to 10% women. That probably worked to my advantage 😉. It was likely a combination of all of that. Oh, and apparently because of the time of year I was like a unicorn (American woman! Named Megan! Was a big deal for one German guy).

I can say without question I had some of the most interesting, fun, and infuriating (< yes, you read that right, and it didn’t even involve politics!) conversations of ANY city/trip I’ve been on in all my travels!

Being honest, I didn’t see as much of the city or take day trips outside the city like I wanted to because my nights were LATE! But it was worth it. I’m so enriched by the city, and its people, and the other tourists I got to know that I would do it all exactly the same way again. Oh, and I’ll go back for SURE. 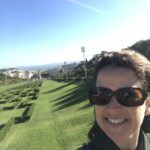 Many people have a hard time wrapping their heads around how or why I like to travel alone. I love my friends, and I have wonderful experiences with them, but I never meet people like I do when I’m alone! It’s just different (and easier)… I relish my solo travel because I rarely feel “alone.” 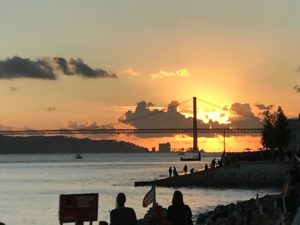 I know I’m so fortunate to live this life. And even more motivated to write the damn book already!!

Now, time for work while in London, which was the original reason for the trip! Thankfully my work is also incredibly fun.

P.S. It may or may not be worth noting that I wrote this while at a London sports bar waiting to watch Monday Night Football (they were kind enough to put it on for me)… after it was clear no one wanted to socialize with me! 🤣