Growing up the youngest of nine children, the value of a dollar was very strongly impressed upon me over the years. Any item of clothing I wanted my Mom would ask “What else do you have that goes with it?” I wore a uniform five days per week for seven years, so as far as she was concerned I didn’t really need many other clothes anyway (tell that to a 12-year-old these days!). We drank powdered milk, and so on. Because of this I admit I truly do enjoy saving a dime, but as I grow older I’m realizing the value of good service and good business (and a really great vacation!) even more.

I also joke that I’m an anti-wal-mart-ite. That is one store I’ve never been able to get on board with, especially after learning how they force their vendors to lower their prices to such a level that they’re then forced to manufacture overseas. The lure (the volume) is too much to turn down, but then it forces businesses into a place they don’t want to be. I read an article in Fast Company in 2003 called The Wal-Mart You Don’t Know and it stuck with me. It doesn’t even speak of the labor and low-wage issues that come with the monolith, but sheds light on the business, and it’s a must-read. 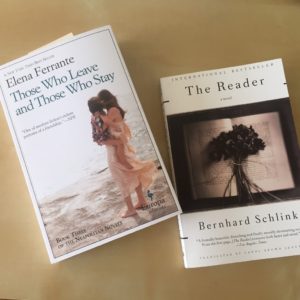 I’ve come to understand this Wal-Mart way is capitalism in the highest form, and that I’d prefer to patronize smaller businesses. Small business owners might need to charge more than the Wal-Marts and Amazons of the world, but I’m willing to pay it to do even a small part to keep the little guy in business. Today I bought two real-life books with paper pages and all—in an actual bookstore! Upstart Crow is a bookstore & coffee shop located in a tourism-rich area called Seaport Village in San Diego. It’s beyond charming, and evokes feelings of how bookstores used to be, much like “The Shop Around the Corner” in the movie You’ve Got Mail. Most of the stores and restaurants in the Village are owned by small-business owners, and I love it. 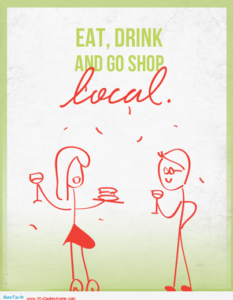 According to the Small Business Association (SBA), in 2014 28.5 million small businesses were in operation in the US, 22.7 million of which were single-owner ventures (like my own). It goes on to say that small businesses have been touted as having a huge part in ending the U.S. recession, and that 58% of business owners expected growth in 2015, further encouraging us that the economy is solid.

Do you have small businesses in your community? Show them some love! Buy a book. Buy your flip-flops from the corner surf shop. Hire an independent consultant or a small agency to help you with your marketing… You’ll be helping the economy, in addition to helping individuals vs. the big box corporations.